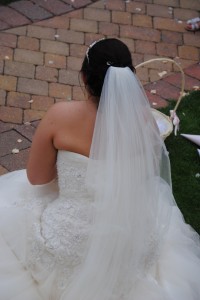 It’s been a fantastic week – full of smiles and happiness. Started the week with a picnic at Hardwick Park with Claire, my godson Rhys and some of his friends – I’ve never seen boys eat so much pasta salad! Was a lovely few hours though of watching the boys play, hosting a game in the woods where the boys had to run and bring items asked for, and generally having a good time. The weather held out too so the sun shone for the most part. They were full of glee when they found a set of holes inside a bushed copse – imaginations went wild with the creatures that could live in the holes! And I even managed to impart some of my hard earned knowledge from orienteering all those years ago to Rhys by teaching him how to use a compass.

Then it was the wedding of the lovely Rachel Smith (now Fowler) and Stuart Fowler – despite threats of rain the sun shone throughout, and I had a great time snapping away with my camera. It was definitely the wedding of the year! They put so much thought into the whole event and made everyone feel like family. And with extras like a sweety cart, photo booth with props, racing car simulator rides and a magician there was really something for everyone! I love the photo above of Rachel – I just happened to be pointing the camera that way and it just seems so dreamlike, she’s sitting and filling her heart with hopes for the future. They both looked fantastic and a fabulous day was had by all.

It’s been a fast paced week too – so much going on that you barely have time to stop and take a breath, which means naturally that it’s flown over! I did get some writing done which is always good – determined that over the next couple of days I will get the last infill scenes done and then be able to move on to the next murder – my aim is to pass 60k before I go back to work Wednesday and also to prep / send my first novel to the list of agents I want to approach. I haven’t yet heard back from the agent I sent to 7 weeks ago, which could be good or bad depending on how you look at it. But either way, it’s time to send to other agents and get my work out there for perusal. I keep saying that the second novel is writing so much easier than the first – I’ve heard it said that first novels are the hardest and it’s actually proving correct. When I think it took me 18 months to write the first one and the second one is 2/3 through in just 4 months of actual writing, it becomes even more obvious. I think when you’re writing the first one, you’re writing but you want it to be right, so it takes time. Second one is flowing easier because I know I can edit later and make it right, so at the minute it’s all about getting the story down. I already have a basic idea what I’m doing for novel 3 also though research will be required (cue the traditional fisherman with beard and yellow trousers on a stinky boat – spoiler alert!).

I must admit that as I write book 2, I’m finding it easier to focus my attention too. Less procrastinating and more organisation and planning – I’m a naturally organised person anyway as a rule, but I often find things that ‘need doing’ and can’t possibly wait as a way to avoid writing when I’m at a difficult part or at a crossroads of what will happen next. But with this one there’s a lot less of that going on. I did find myself embroiled in a new twist when I was writing the other day that I hadn’t foreseen happening – a quick text to someone in the know though meant I could write the scene quickly and be safe in the knowledge that my information was correct. As a writer, I love it when that happens – you’re happy writing away with your plot in mind then BAM, a sub plot emerges that could potentially change the whole outcome, or serve to back up what you’ve already got planned! It’s days like that where I don’t want to close the laptop and get on with ‘normal’ life. On the plus side though, it leaves you open to return at a point you know is exciting and that you want to write!

All in all, a very good week this week. Look forward to the next one too. Thanks for reading, and keep smiling people, happiness breeds happiness 🙂