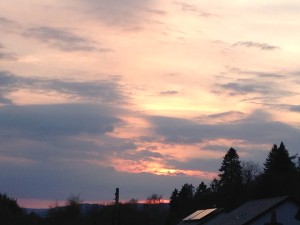 I said in my last blog that time is flying, and boy is it ever! It’s mid April already – Easter is over and done with though admittedly there is still chocolate lying around. It’s officially springtime too – the buds are sprouting on the trees, even my lovely plum tree has the starts of blossom which is always good come September when the plums are ready. And I’ve even seen the sun! That big ball in the sky that beams down to wake everything up has started getting warmer, the days are longer and people, well people are smiling again. I don’t know what it is about winter that takes smiles and hides them away for hibernation, but it does. It’s nice to see people waking up with the rest of the world.

As you all know I’m a big believer in smiling – if one can believe in such things. I covered it in my last blog, how it can make us feel better etc, but I didn’t  mention how good it looks. It’s great to see teeth popping out from between lips as people show the happiness they are feeling at the time they are feeling it. Genuine smiles are precious – how many times do people smile at us and we do that kind of half smile back – the half smile that says ‘erm, yeah, great thanks, whatever.’ I’ve been thinking today that people surely deserve the whole shabang – right? That massive wide toothy grin that can’t help but bring forth the same response in whomever it’s aimed at.

I’ve been trying to smile even more than normal this month – I’ve got some health issues I hinted at last month, nothing has been diagnosed as yet but it’s meant I’ve been in pretty much constant pain with one thing or another, and it feels some days, like smiles are a million miles away. So I’ve been making the effort to pull them forth, because I’m trying not to be the bearer of frowns for my friends and family. They are all patient, listen to me whinge if it’s really hurting, but there’s lots of people so much worse off. I have an awesome, supportive family, and trust me, family isn’t all about blood. Family are the people who are there for me no matter what. And I appreciate every single one of them. So I’m smiling for them – I’m smiling for me too, and the people I pass in the street. Because everyone deserves a smile. A genuine smile. Every single day.

I’ve been working hard on the latest novel, for the most part, and I’m loving the route it’s taking. The characters are now well ingrained into me – I know them, I know their fears and their loves. And I already hear distant screaming from those who will feature in book 5, can hear the plots start to form in the crevasses in my mind. I’m not the kind of writer who enjoys working on more than one project at a time. Until I hit my late 20s I was always a starter but never a finisher – I’d start a new project but never finish it. University taught me, among other things, to finish each project so that I was free to move on to the next. Admittedly, essay wise, I often had many on the go at once, but I’d work on one, then put that to bed and work on the next so to speak. With my writing I have to stick to working on one project at a time – otherwise I’d risk falling into old habits and not finishing what I’m working on. So for now, it’s book 4. Then I’ll edit book 3, and later this year will be working with my publisher on book 1, and self publishing the short story which is the prequel to book 1, then finally I’ll start on book 5. I’m already looking forward to it though – sitting in the library for hours doing book research, speaking to people and getting an insight. I love that writing gives me the freedom to learn without my mind even realising that I’m learning!

Going back to the whole smile thing, I have to mention music. Music is one of the most magical things we have – I love music of all kinds, from classical to rock, some rap, ballads, and chart music. For me, there’s always those albums you reach for when you feel a certain way. And I use the music to enhance these feelings, open my mind and let me explore what’s going on within. Sometimes it’s because I feel down or low, but mostly I listen to music because it makes me feel happy. I was listening to Luke Bryan the other day – he’s a country artist who’s quite big in America but less heard of here in the UK. Yes some of his songs are about ‘drinking beer and shooting bullets’ (he’s from Georgia so it’s normal down there I hear), but some are sang with such feeling, like ‘drink a beer’ – which sounds as though it’s about drinking again, but in reality it’s a song about saying goodbye to a dear friend. Or if you want a bit more upbeat, there’s ‘chuggin’ along’ – which is just about living each day as it comes and taking the bad with the good. He’s got that velvety smooth southern style of singing that draws you in and makes you want to listen and sing along. Which was fine that day. The next day though, I was going back in time to the 70’s and singing ‘carry on my wayward son’ by Kansas, and then coming back to the current and singing ‘Take me to church’ by Hozier. I love how much emotion singers can put into their music, how they can influence a mood and pick you up from the gutter when you need it. I’m not naive enough to believe that music cure’s all ails, but for me, it has always been a huge part of my life. Think about the songs that have impacted on you – wedding songs, songs that make you think of a certain person, songs that make you cry, songs that make you jump up and dance (even if, like me you have 2 left feet!) – and go and listen to it!

As I write this blog today, I’m sitting smiling. At you all – because you’re kind enough to read and hopefully enjoy the things I chat about here, because you deserve to be smiled at just for being you and being awesome, and because today has been a good day. The sun rose in the sky this morning, I woke up and had an enjoyable morning and afternoon, I listened to some music, had some tea, spent some quality time with my hubby, and have now written this little blog that I enjoy doing so much. Hopefully my smile will be infectious – it leads in to how I always end – thanks for reading, and as always, keep smiling 😀