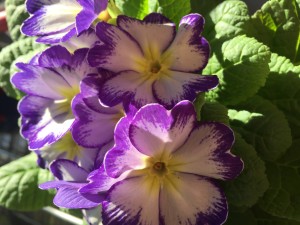 Goodness January seemed like a long month – it could be the dark nights and falling temperatures but it seemed to stretch on and on which is most unusual, as in my life, time tends to pass at light speed.

As I get older, it becomes much easier to recognise the things that give me contentment, that make me happy. And they’re not the materialistic things. It’s nice having the latest gadget, or a big TV, or even portable harddrives so I can write when I want where I want, but these aren’t what gives me contentment or makes me happy. Contentment is coming home after a tough day at work to a loving husband, an affectionate dog, and a hot cup of coffee. Contentment is having the opportunity and choice to wear my pyjamas all day when I’m not working if that’s what I want to do. Contentment is waking up in the morning knowing there’s a whole day ahead of me where anything could make that day an adventure. Contentment is building a wealth of memories with the people I love each and every day, like my weekly (at least) visits to Starbucks with my fantastic mum who turned 60 in January, having coffee and a natter with my friend Claire and putting the world to rights, texting my friend Ange who works away dealing with disasters and all that entails, chatting to my friends Vicky and Eileen who help keep me focussed on my goals, and of course, my constant texts and conversations with everyone else I haven’t mentioned in this list.

And contentment leads very nicely into happiness. It’s been a tough couple of months for my tired mind – I’ve had the usual money worries that come after christmas, my hubby hasn’t been too well (though he’s improving now), and I’ve been less grateful for what I do have, and wanting more of what I don’t. It’s led to my depression flaring up – I’ve felt self-doubt, lack of self-worth, and worst of all, it makes me get irritated easily. I’ve had a lot of days where I haven’t slept great, and had nightmares, and a lot of days where I haven’t wanted to leave the house. Not that most people would realise, as like most people who suffer depression, I’m good at wearing my daily mask. The mask that tells people all is well and that I am happy. Truth be told, I’m coming out of it now and it hasn’t been as bad this time as it often is in the past when I have a flare up – this pleases me as perhaps one day I will see a life without suffering depression at all. I’m currently reopening my eyes and seeing the magic in the world, letting in the light to dispel the dark and focussing on where I want to be. The picture above is of some cheaply bought pansies, but I love the colour saturation and fringes of purple in the white. The sun shining on the flowers helps me believe that spring is on it’s way and the freezing cold temperatures will soon be fading.

I adore winter – I realise you wouldn’t think that from the comments above about the cold, but I do. I love the sparkle of the frost on the cars, and the crunching of it underfoot. I love the bright, blinding white of the snow when it falls, and the way the flakes float to the ground. I love the cold – there’s nothing better than pink rosy cheeks and cold fingers when you know you’re on your way somewhere to get warmed up. I love how England as a country sleeps through the winter months, in the knowledge that soon a big stretch will take place and springtime will slowly wake. That said, and I don’t know if this is an age thing or if it’s just been with how I’ve been feeling of late, but it’s been a cold one this year. Not so much temperature wise, we’ve not had many days below 0′ C, but I’ve felt the cold. It’s seeped through my bones into my very soul on some occasions, and it’s taking me a lot to stay close to anything that could even be said to resemble warm. As much as I love the winter, I’m looking forward to the buds bursting forth and slightly warmer temperatures with which to keep looking for the magic of life.

A lad fell in the river in Durham last week – to all intents and purposes a very lucky lad as it could have all been so much worse than it was. He was heard screaming for help by a passer by – at 0145 in the morning (as I say, very lucky!) – said passerby did his good deed and rang the police who raced to the scene and pulled the lad out of the river. The subsequent news headlines said ‘alcohol was an influencing factor’. I mention this because it leads in to my feelings about luck – I believe a lot of luck is made yourself, whether it be bad luck (by focusing on the negative all the time) or good luck (by focussing on the positive), but I also believe in Karma or fate. Que sera sera and all that. I’ve worked really hard over the last couple of years focussing on being positive and believing that my positive thinking would have a good outcome – and despite the occasional bouts of depression – it really has made a difference. I see the magic in a lad being rescued from the river, I see the beautiful nature and power of people giving to a disabled man attacked in the street in Gateshead and the funds raised giving him the power to do the things he wants to do, I see the amazing effect a small pot of flowers can have on my mood, and I know, without a shadow of doubt, that I am alive and happy and content. Whatever life throws at me, I will deal with because of who I am, who my friends and family are, and because I believe it will be so.

February will be an awesome month – I’ve got lots of writing planned, book 4 is now over a third of the way through. Kevin and Edina’s character’s are coming to life and speaking to me pretty much daily now – there is no escape other than to get those words down on paper (or screen – whichever is closest). I have book 3 to edit shortly also so it’s all go.

I just want to say a huge THANK YOU to you all too – without people reading my honestly written blog, and visiting my website, and wanting more writing from me, or just plain being supportive, then I wouldn’t be where I am today. Each and every one of you is awesome, and I feel like I know you all as friends, even if we’ve never met. Life is so fleeting – it’s good to be able to touch other people. So keep touching me, keep filling my eyes with tears of happiness, and often sadness. Be true to yourselves, do what makes you happy, and as always, keep smiling 🙂