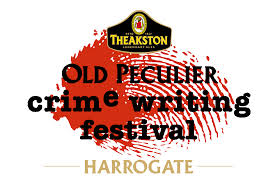 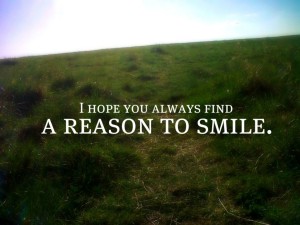 I chose the above quote for this blog as it’s been hard for me to do this since my last blog.  You probably recall me saying everything was starting to calm down last time, well unfortunately this turned out not to be the case. My brother, Michael, was thought to be on the mend as of the last blog, but a week gone Sunday his condition worsened dramatically. He was blue lighted over to another hospital for immediate surgery as his shunt had blocked – Michael has spina bifida and hydrocephalus – hydrocephalus is basically water on the brain that doesn’t drain like it does in you or I. The fluid builds up and then causes adverse pressure on the brain. The operation was to drill into Michael’s head to relieve the pressure and fit a drain until he was strong enough to replace the shunt. The shunt is a silicon tube that runs from the head to the stomach to drain the fluid. He was critically ill in intensive care for several days before being moved to the high dependency ward. He managed to contract a virus too so they couldn’t operate until Monday this week, when they replaced the shunt.

Tuesday came and they realised the shunt was twisted, so had to operate again on Wednesday to adjust it – so the poor lad’s had 3 major operations in 9 days! It’s obviously been taxing for me and mum, the running up and down to the hospital extremely exhausting in itself. For me, the whole thing, including nearly losing my brother, has been really stressful, and coupled with everything else I’ve had going on lately, has resulted in me being signed off from work. I’ve found myself getting knots in my stomach at the thought of any confrontation, worrying constantly that something else will happen, feeling afraid when there really wasn’t any need to, and not being able to switch off my brain but equally being so exhausted that despite this I’ve managed to sleep. The tiredness has been so strong that as soon as I wake up I feel like I could sleep again (and yes I’ve been back for my blood tests now) – I’ve been stressed before but never to this extent.

As I say, not a good couple of weeks. I guess I’m sharing this as a means of both venting, and also to make people aware of such things. Stress, depression and anxiety are all very real, and though I suffer depression, I’ve never really felt the stress to this level. It’s exacerbated other medical conditions too, PMS has been insanely bad (apologies to male readers but again this is real!), I’ve been getting three times the normal amount of migraines I suffer in a month, my IBS has been playing up – this isn’t meant to read as a pity party – I’m merely pointing out that stress can impact on other issues too. I felt, and still feel, like I couldn’t cope with work at the present time, so the doctor kindly signed me off and provided me with the details for counselling etc, as have work.

My mum looks absolutely shattered, and she admits she’s as tired and stressed as I am which isn’t like her – normally she’s the ‘everything’s fine’ type. Michael is on the mend now, and looked lots better yesterday – even got into his wheelchair so we could take him downstairs for a cuppa, though he does look a little like Frankenstein’s monster bless him – scars, stitches and cuts all over him the poor lad.

Am very glad that he’s starting to feel better – we have our differences and don’t always get along, but he’s my brother and I love him.

I still haven’t managed to restart my writing, though I’m hoping to do this when Michael gets out of hospital. I use it as a stress management tool anyway which is important right now, but I just haven’t been able to sit down and focus on anything at present. I have been meditating, and receiving a lot of support from my friends and family, so am taking steps to combat these feelings. It’s hard though, as I said last time, some days are harder than others and some days it feels like my depression is coming back, but I try and focus on tomorrow and one of my personal mantra’s that what doesn’t kill you makes you stronger (though stronger feels in the distance currently). Tomorrow’s a whole new day 🙂

Well that’s it for this week – I won’t apologise for the honesty in this blog but I understand it may upset some people – if you are feeling stressed, depressed or anxious, please see your GP, or try contacting someone like MIND or SAMARITANS for a chat. Remember, like me, you are not alone. Keep your chin up and look to tomorrow.

Thanks to my regular readers – and as always, keep smiling. x