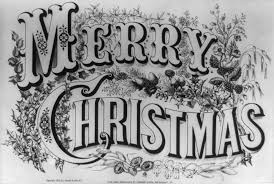 It’s been a jam packed few weeks for me in the lead up to Christmas. I’m sure it has been for all of you too.

Those who know me probably realise I’m the organisation queen when it comes to being sorted at this time of the year. All my shopping is done through the year and everything was wrapped and put away by the end of November. I know, I know, there are those who now officially hate me! But all that organisation means I get to enjoy the lead up.

Managed to get my decs up nice and early this year too!

It’s been a pretty bad last week here at home to be honest though. I’ve had ceiling leaks, boiler problems, lack of time and a few other issues to deal with but it was one week out of the whole year so I won’t dwell and since it’s Sunday, the new week starts tomorrow anyway so it’s no problem at all in the greater scheme of things. Leak sorted, new boiler installed (thanks landlord!) and everything is well again.

I’ve seen a lot of people about doing a piece about their year. My blog is (relatively) regular so most of you have probably followed it all anyway but here is my year in brief!

I’m sure there’s loads more that I haven’t mentioned but that about covers it. I’d just like to close and say how grateful I am that all of this is happening to me. If someone had said to me just five years ago that within that time, I’d be in a different job, writing my third novel and loving my life so much more than I was, I probably wouldn’t have believed them. There have been ups and downs, losses and tears along the way, but one thing is for sure, I’m still standing. I’m still here. And 2014 is going to be an amazing year because I believe it will be.