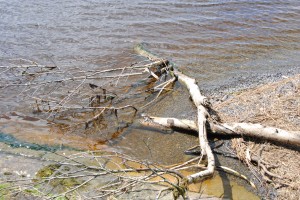 Well I can’t argue that it’s been a funny old week! Had a lovely gossip filled night with the girls I did my MA with – we try and meet every month and have a natter about our writing and lives in general. It’s inspirational to see Mhairi Ledgerwood forming her own theatre company with a few friends, Meerkat TC which has a facebook page and twitter account under the same name if you’re interested in following. And Vicky Brown who is embracing both her writing world and her online wedding business. It’s great to see that if you believe enough, anything is possible.

Had a wonderful day out with mum this week – every now and then we pack some lunch, make up a flask and head off in the car to destinations unknown. This week we ended up in Richmond and had a mooch about, had a huge cheshire bun, then headed off on the road to Barnard Castle. We paused at a set of traffic lights only to see a well-hidden signpost for Hury Reservoir. Our eyes met mischievously, and next thing we knew we were heading up a single track road. After narrowly missing being hit by the locals who knew the roads well enough to do way faster than 40mph several times, we ended up at the reservoir.

The first thing we both noticed was how quiet it was – the wind was blowing a hoolie but there weren’t many birds singing. We donned our waterproofs and went for a wander to the path that led across the water to a small toilet building on the other side. We were literally about a third of the way across when suddenly, we were hit with an onslaught of rather large hailstones, and the wind intensified to what I’m sure were gale force speeds! Quickly, we untucked our hoods, pulled them tight around our faces and faced the icy shards to make our way across. As suddenly as it had begun though, it stopped and we were faced with blazing sunshine. It was still relatively windy but everything around suddenly took on a new lease of life. The green of the fields and trees shone as if it had been asleep for a hundred years and started waking, the lambs and their mums turned their attention to us instead of munching the grass, and the driftwood took on the appearance of white-washed wood. Reaching the other side, we discovered that the gate had slipped and couldn’t be opened, even with my almost super-human strength (haha). By this time we had been driving for a couple of hours and had both had several cups from the flask – we needed to get to the building – so it was with mild horror that we decided to climb the gate.

Now normally this would be a relatively simple thing to do, but I haven’t climbed gates since I was a kid, and Mum, well I dread to think how long it had been for her! Mum clambers up first, deciding she would navigate onto the wall and manouevre around the gate post to the other side – she got so far, and then got stuck. By this time I was neither use nor ornament as I held her leg and collapsed into a heap of giggles, which caused mum to giggle and almost fall off the gate! Soon enough though, she recovered and clambered over. Next was my turn – I completely misjudged how much upper body strength is required to hoist yourself up a height, so I obviously fell backwards, luckily landing on my feet. Next came the sitting precariously on top of the gate and swinging my leg over, twisting my foot into positions only contortionists should be able to achieve, then promptly slipping as I stepped off landing approx a foot down with a thud. The funniest part of all was that this was all achievable without all the events by just walking round the road we had just driven in on! Anyway suffice to say we had a day full of giggles, sunshine and hailstones! Was fantastic!

Writing wise it’s been a bit of a mute week – I’ve had loads to do at home, hadn’t seen much of my friends the week before so spent time socialising, and I think (after analysing with my writing group) that I have been suffering a little from stress with the new job pending and the issue of finances for the next couple of months whilst things settle down. That’s not to say I haven’t written, I have. I completed the insert scenes for With Deadly Intent and have done around 40 pages of editing. Someone actually asked me at work the other day, with utmost seriousness, ‘Does Albert die?’ – for those who have no idea what this means, I posted a sneaky paragraph on my facebook page where Albert is hit with a hammer. Sadly I replied, ‘Yes, Albert does die.’ Sometimes it’s nice to give little spoilers away – but maybe Albert deserved it, maybe. You’ll all just have to read the book and find out when it’s all done!

I think my deadline of sending to agents the first week in June may have been a little ambitious with how I’ve been full of busy doing other things, but I promise I will not be far behind schedule and will keep you updated on all developments as and when they happen.

I made myself a promise this week that it’s time to stop the stressing and just take each day as it comes til I settle in and everything returns to an even keel – and that’s what I’ve done today. The sunshine has been lovely, and despite being at work all day, I’ve managed to enjoy every minute, to the point I’ve been listening to country music on all my journeys and singing along at the top of my voice and then watching Mamma Mia and doing the same! Music has always been a feel good factor for me. So now it comes to the end of the day, and I’m almost ready to hit the hay with a simple grin that is refusing to budge.

So I bid you all a good night, and as usual, thanks for reading. Hope you all have a fantastic Bank Holiday Monday – stay safe and happy everyone 🙂